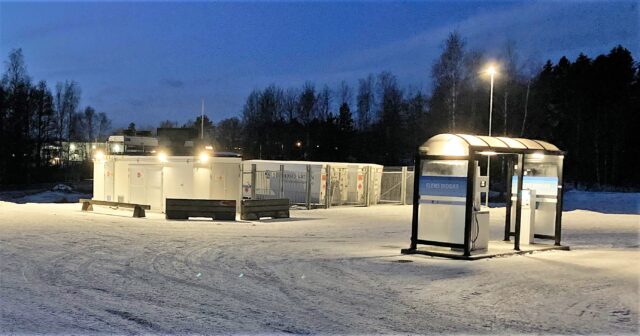 Today, January 28, Flen’s first biogas filling station was inaugurated, enabling the municipality to purchase climate-friendly biogas vehicles, and the hope is that private individuals and companies will also follow suit. We are pleased to have received the repeated trust from Sörmlands Vatten och Avlopp to, after the station in Katrineholm, also be able to deliver this subsidiary station with a public dispenser and two mobile gas storages that make it possible to refuel fossil-free with locally produced biogas in Flens municipality.

In the invitation to the inauguration, BioDriv Öst writes that the decision to invest in a filling station for biogas was already made in 2018. With the help of the Swedish Environmental Protection Agency’s contribution Klimatklivet, the municipality of Flen then worked together with Sörmland Vatten to make the filling station a reality. “The new biogas filling station is an important piece of the puzzle in the work to convert to a fossil-independent vehicle fleet. The location of the filling station makes it easier to drive on a renewable locally produced fuel throughout Sörmland County, which creates many societal benefits and contributes to a more attractive region. The conversion to electric vehicles, among other things, has already begun and biogas vehicles are still important in order to be able to switch faster and more, ”says Björn Isaksson, project manager for Fossil-Free 2030 and fuel strategist at the collaboration organization BioDriv Öst.

The inauguration invitation also quotes Fredrik Karlsson at Flens Glas, a local entrepreneur who has chosen to invest in biogas vehicles. “I chose biogas because it is a good choice for the environment and I read that they would open a gas station. I probably would not have chosen to buy a biogas car if it was not possible to refuel in Flen “, says Fredrik who hopes that more entrepreneurs choose to switch to biogas. 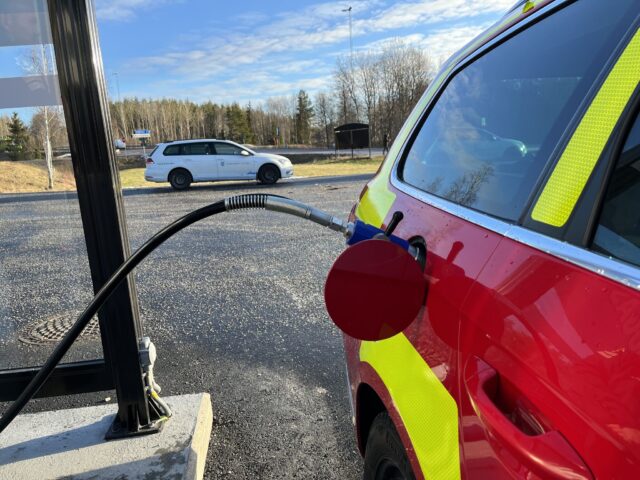 October 2022
We have built a new pressure regulation facility for Örebro municipality where liquid biogas can be vaporized as back-up and distributed via the local gas network.

October 2022
We have built a new pressure regulation facility for Örebro municipality where liquid biogas can be vaporized as back-up and distributed via the local gas network.

June 2022
Before the summer, we commissioned a new decompression plant for Gasum in Nynäshamn as a back-up solution that can start at a second’s notice with a flow of 4000 kg/h.

May 2022
During May, we were able to commission a new compressor station in southern Sweden. This station will have the ability to compress vehicle gas to a pressure of 600 bar and will be used for long-term tests in engine development.

March 2022
During last week, we were able to complete the first stage of Borås Energi & Miljö’s upgrade of the over night refueling with biomethane of the municipality’s garbage trucks.

This website uses cookies to improve your experience while you navigate through the website. Out of these, the cookies that are categorized as necessary are stored on your browser as they are essential for the working of basic functionalities of the website. We also use third-party cookies that help us analyze and understand how you use this website. These cookies will be stored in your browser only with your consent. You also have the option to opt-out of these cookies. But opting out of some of these cookies may affect your browsing experience.
SAVE & ACCEPT